The Head Start work placement scheme, run in partnership between IGEN, Leeds City College and Leeds City Council, pairs up ambitious young people aged 18-24 who have been unemployed for more than six months with businesses in the city.

The six-week scheme aims to give young people the skills they need to prepare them for employment. Young people get experience of the workplace and a college qualification, and businesses gain manpower from an enthusiastic, ambitious young person.

Having begun earlier this year, the scheme has been a huge success, with 39 of the 109 young people who have taken up placements going on to find jobs.Today we hear the story of Stephen, a budding graphic designer, who took up a placement with Leeds City Council’s communications team. The images below are just a few examples of his fantastic work…

“Before I became part of the Head Start work programme I was unemployed and searching for a job in graphic design and animation. For a time I looked at the possibility of doing an apprenticeship in design and media. After waiting a while for some responses from apprenticeships I thought it would be a good idea for the time being, to apply for some jobs in retail to get some money and some customer service experience.

“When I heard about the Head Start programme I immediately asked my job centre advisor for more information as I knew it was a scheme catering for young people (16-24) who had been searching for jobs for more than six months – which was my situation at the time.

“After my advisor put my name through to the program, I got a date and a time to go into IGen (a careers advice service) and sat with a group of people who had also been put forward for the program. We had a small icebreaker session were we walked round and got to know each other, then after that we had one-to-one meetings with ‘key workers’ to see what we wanted to achieve from this and what area we would like to work in.

“After I got a call from Emma, my key worker, saying I was on the program and to come in for a chat and pick up some information about it. As part of the scheme you have two weeks with a college preparing you for work and then four weeks on placement – four days at work and one day a week working on skills to improve your employability like writing a CV. 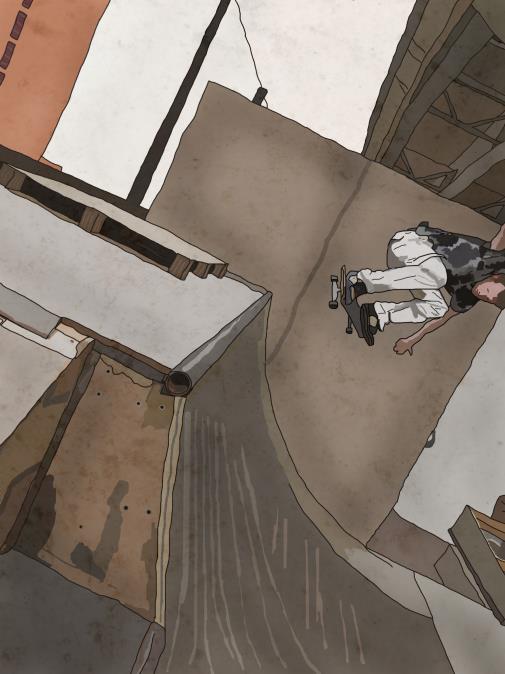 “I had a clear idea about what I wanted to achieve through the programme – a work placement in design and media. This is why I was happy when I was told about the possibility of a placement doing communications and marketing with Leeds City Council at the Civic Hall. I didn’t know much about communications before, but when it was explained to me what they do I was excited to get stuck in!

“Before I started the placement I met with Steve Clough, Leeds City Council’s head of communications, and Nicholas Lawrence, Leeds City Council marketing and communications manager, about what I would be doing and who I would be working with for my four weeks in the team. We also discussed what I wanted to get out of the placement so they could set me work that would improve my employability.

“From my first day in the team I was working on multiple tasks, a few of which were – creating graphics for various things, inputting data and producing graphs. Being part of the team was a privilege as everyone was welcoming and was there if I needed advice on work. If I finished a task they were able to provide me with other things to do – so I was never sat around waiting or made to lick stamps which I was a bit worried about beforehand!

“I was able to attend a few meetings to get an understanding on how people share their thoughts and feedback on specific pieces of work within a workplace. I also got to see what the process was to set up meetings and communicating in the workplace.

“The four weeks I was there, each day was great but there were a couple that stood out for me. One was where I went to The Point job shop at the White Rose Centre taking photos and filming for a promotional video. The others were when I was able to attend meetings discussing marketing and promotion for upcoming events and social media.

“I can say that working in the communications and marketing team has helped reignite my creativity. It has given me the focus and drive in achieving what I want. I’ve begun to apply for apprenticeships as much as I can now and don’t think as negatively, thinking ‘I won’t get it,’ now I think ‘you never know until you give it a try.’

“Through the placement I have learnt new skills and my ambition of having a position solely in design has been altered. Now I would also like to work helping local communities, marketing special events and communicating through social media.”

A huge thanks to Stephen for taking the time to blog for us about his experience of Head Start!

Has work experience helped you get a head start in your career? Are you looking for a young person to add energy to your workforce? Why not let us know your story on Twitter @child_leeds or by leaving a comment below…