‘CFL CREW’ interview the #RIOHEROES at the Yorkshire Welcome Parade

Good afternoon to you all,

Today’s blog is slightly different, it’s been put together by us … the CFL crew!

Whilst we end school for the week, we wanted to share a very exciting story.

You may have watched the Rio Olympics and you may have seen how well Olympians and Para-Olympians did on the screens and especially those from Yorkshire. Little did we know we were about to meet them! A few days before the Yorkshire Homecoming Parade for Rio Heroes in Leeds, child friendly Leeds organised an opportunity for us to be young reporters for the day. We were involved in the amazing child friendly Leeds awards last year and for us to be asked, was a real honour.

On the 28th September, we made our way to the city centre where thousands of people lined the streets to see the parade. Athletes were greeted by “absolutely epic” crowds as they were cheered the fleet of open-top buses that moved slowly round the city centre.

Once the parade finished, we were invited to a very exciting celebration reception at Leeds Civic Hall. For us, it was all very surreal. Walking into the banqueting suite made us feel incredibly underdressed. Everyone was dressed in suits and here we were dressed in school trousers and a nice shirt. We were going to meet actual Olympians! We waited around until the first Olympians walked in. We were so nervous about meeting an Olympian for the first time.

This is Thomas’ personal account of his experience of the evening: “The excitement that I was feeling was unreal; I was bouncing up and down with joy! We got into the hall and took out our clipboards and questions – once we had them there was no stopping us. I walked up to the first Olympian I saw – Gorden Benson and proceeded with my interview. Surprisingly they were just like us. A broad Yorkshire accent was the first thing that struck me! Gordon Benson is a tri-athlete who participated in the Brazil games. From then on I was on a roll asking many Olympians/Paralympians some serious, but also quite bizarre questions. I asked Kadeena Cox what video game character she would like to be and her answer was classic: Crash Bandicoot – as she is hyperactive just like her. 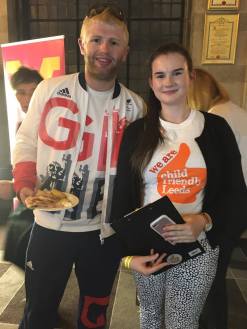 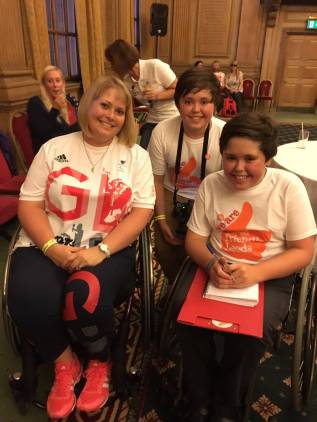 Molly asked the Rio Heroes about what got them into sport and although many enjoyed the sports they played and started at a young age, Georgia Coates started at the age of 9, Rebecca Tiler at the age of 12 and Kaleena Cox at the age of 14. However, Paul Bennett (the very tall British rower and Olympic gold medallist) said: “I went to university and started rowing because everyone else was.  Then later realised I was pretty good at it, so started taking it seriously, enjoyed the sport and made a goal to achieve gold!” He further added “Now my goal has been met, I want to work with others to improve the amount of rowing and sport opportunities for children.” I was so excited when Paul gave me his medal to try on – it was a remarkable experience and it really was heavy! Adam Duggleby (Para-Olympic Cyclist), said “I started when I was 12 and won a few medals, but wanted to do bigger things, and once you do well in national time trials, you want to win at a world class level.

Ameena asked them how they found the Rio Olympics: Jonathan Booth (Para-Olympic Swimmer) said “It was far too hot.” Rebekah Tiler (British weightlifter) said “it was a once in a lifetime experience!” I further asked about who inspired them and Zoe Lee (silver medallist as British rower) mentioned, “Heather Stanning and Helen Glover – as they achieved their second gold medal in the Rio Olympics.” That’s real inspiration!

It really shows how determined they are as on average they train 30 – 35 hours per week and have to be on strict diets before any event! We asked them how they motivate themselves in the morning and Jonathan Brownlee (World champion triathlete) stated “I love what I’m doing, but also I don’t want my brother to get any better” as he chuckled!

For children wanting to get into sport, from what I saw that evening, hard work and determination does pay off … one day! Qais Ashfaq (amateur boxer for England) mentioned ‘I may have not done too well this year, but the support from everyone here has been amazing. It really makes you feel like getting back up and training harder to achieve your ultimate goal!” I really found that a lesson we can relate to, with school and with our personal goals – to never give up! Finally, we asked our Yorkshire heroes about what their advice to children and young people would be and Georgia Coates said: “Do whatever sport you enjoy, if you don’t enjoy it, don’t do it! Train hard, work hard and study hard and set yourself a goal. One day you may well be an Olympian! 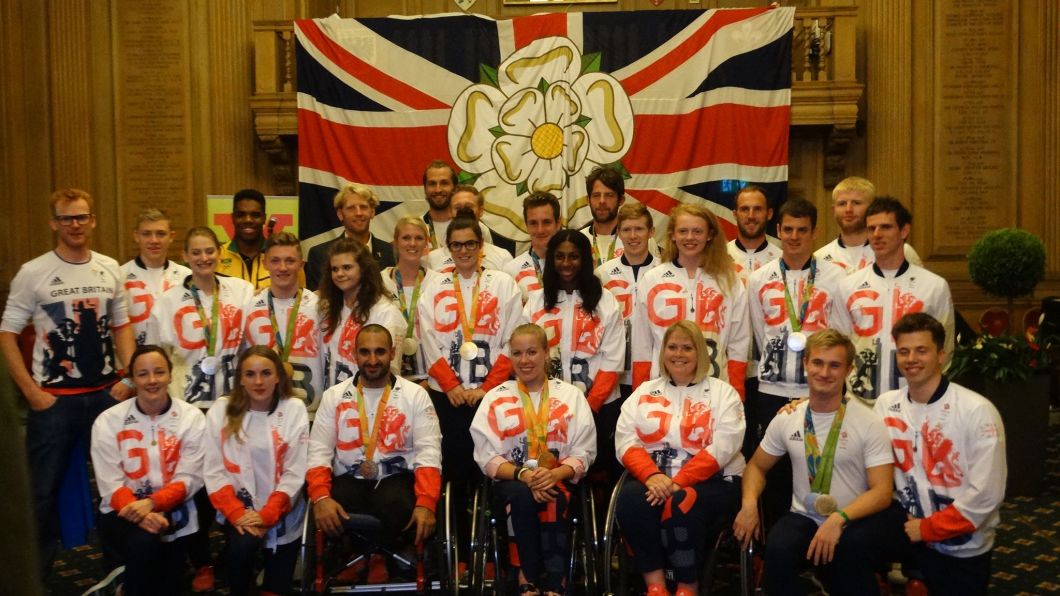 After walking around interviewing, it was time for the speeches. We had Sir Gary Verity who organised the event and after several speeches, our hands were sore from clapping! I am going to leave you on one remark that brought the speeches to a close. Cllr Judith Blake (Leader of the Council) said:

“We are Yorkshire and this is what we can do when we work together!”